Hail doesn’t discriminate and rarely comes with an advanced warning – it can happen anywhere, at any time. Between 2000 and 2013, U.S. insurance companies paid out more than $54 billion in hail damage claims, with 70% paid between 2008 and 2013. In 2015 alone, the United States had more than 5,000 hailstorms. While most hail damage affects property and crops, unpredictable storm conditions can also put you in harm’s way. The following are three reasons why you should be wary of hail storms.

1. Hail can be as small as a pea (1/4 inch in diameter), as big a softball (4.5 inches in diameter), or even bigger in rare cases. The largest hailstone ever recorded in the U.S. fell in Vivian, Nebraska in July of 2010, measuring eight inches in diameter and weighing 1.9 pounds. Can weather forecasters predict the size of hail in advance? Sometimes. Hail forms when a strong storm’s updraft (upward-moving current of air) carries rain into freezing layers of the atmosphere, creating tiny hailstones. They get bigger when they run into super-cooled water droplets. If these updrafts are especially strong, they can hold the small hailstones aloft, allowing them to grow larger until eventually they become too heavy and fall to the ground. In other words, the stronger the storm, the larger the hail. Fortunately, baseball-sized and larger hail isn’t very common, on average just 24 people per year are reported injured by hail. But such injuries can be very dangerous and painful,  so it’s important to pay attention to your local forecast if you suspect storms are nearby.

2. No matter its size, hail still poses major risks. Small hail (half an inch in diameter) can reach speeds of 20 mph and usually comes down in larger quantities than large hail, creating a greater risk for damage. What is the typical scale of a hail storm? It varies considerably. Hail falls in paths known as “swaths,” or “streaks,” which can cover anywhere from a few acres to 100 miles wide and 10 miles long. Dense swaths of hail of any size can do serious damage to both people and property.

Unfortunately, there’s not much you can do to prevent major hail damage to your home and cars. But if you live in a hail-prone part of the United States, you can take a few steps to lessen the aftermath of the next major storm:

3. Any type of thunderstorm can produce hail, but “supercell” storms (severe, rotating thunderstorms) are responsible for most big hailstones. If you see large hail (the size of a quarter or larger) that could mean the storm has tornado activity as well. What signs point to a possible tornado? Large hail usually falls north of a tornado, but just because you see hail doesn’t mean there’s a funnel on the ground. If a storm suddenly drops hail, immediately take cover and listen to your weather radio for storm reports in your area.

If you’re inside, you should stay there until the storm completely passes:

If you’re driving, try to get somewhere safe like a garage, gas station, or bridge that’s nearby:

If you get caught outside during a hailstorm and can’t get inside a structure, protect as much of your head and body as possible:

Most types of hail can pose significant risk to you and your property. But with a little upfront preparation and some common-sense safety measures, you can keep your home and family safe the next time this weather threat emerges.

The drying process in action. This was taken of a basement in a church which sustained damage from a frozen pipe. Remember to always insulate and turn off exterior water supplies during the winter. #waterdamagerestoration #waterdamagemountairy

For the 7th year straight, we’ve won the Angie’s List Award. No other company has ever accomplished this feat. #angieslistwinner #bestmoldcompany 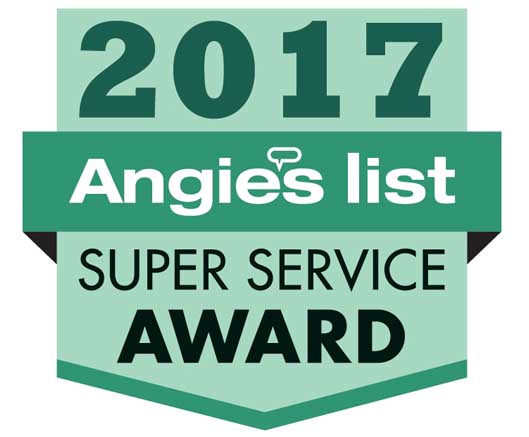 We are proud to announce that we’ve eclipsed the 200 review mark on Angie’s List. The Most Reviewed, the Highest Rated and Most Trusted Disaster Restoration Company in the business!!!

This can become a problem as the city storm sewer system becomes too small when more development causes more rain runoff. When this happens, the rainwater in the sewer system can get so high that water flows backwards toward the house.

Usually, the installation of an interior perimeter basement drain system connected to a sump pump will take care of the problem. If it doesn’t, the (more expensive) alternative is to dig up and cap the pipe that is running from the house to the street from the perimeter foundation drain. However, this is not always possible; many times, this pipe is also draining sanitary waste from toilets and sinks in the house.

Sewer Water Back Up

If the water is coming up through floor drains or sink drains in the basement, then the problem is often water backing up from the municipal sanitary sewer system. During heavy rains, combined sewer systems can become overwhelmed with water. This can cause sewer water to back up in the system and sometimes into homes.

There are other possible explanations, too. Sewer backups can be caused by individual service lines being plugged by grease, waste, tree roots, breaks in pipes or saturated ground. Sewer mains can also be plugged by vandalism or large items dropped down manholes. This kind of flooding is an enormous problem for homeowners, as it’s largely out of your control and probably means fecal waste backing up into basements. Not only is it disgusting, but it can also be a serious health hazard.

In order to keep your individual lines clear, you can install backflow preventers that help stop sewer water from flowing backward into the house. Proper maintenance of your individual lines – for example, pouring tree root killer down your toilets once a year – can also go a long way in preventing sewage backups. Still, the problem is often out of your control. Sewage in your basement means a major cleanup and a lot of uncertainty about future problems. If it’s something you’ve seen in your home, you’ll have to get your city government involved. At the very least, be aware of the problem and don’t leave anything valuable near your downstairs drains.

In the mold remediation and water damage restoration business, there’s many pieces of equipment that are vital to completing a job.  Mold Remediation will use equipment like Air Machines, (Scrubbers and Negative Air), HEPA vacuums, Fog machines etc.  While Water Damage Restoration will use equipment such as Turbo Fans, Axial Fans, Dehumidifiers and more.  So why is this important for a home owner to know?  Because without the proper upkeep of this equipment, your home or business could be subject to cross contamination, improper removal of mold, and structures that aren’t dried correctly.  Many companies new and old alike, will buy used equipment from large franchise outfits that have already used them for several thousand hours.  One location will purchase the equipment, and then sell it to a newer franchise and so on, before it’s finally dumped back into the market, where smaller companies purchase them for pennies on the dollar.  These machines have been used for several years and can log up to thirty thousand hours of use or more, and now are being brought to your home.  Is this always a bad thing?  Not necessarily.  But the chance that these pieces of equipment have been maintained properly throughout the years is very minimal.  Which brings us to another point.

Many companies even with newer equipment, do not maintain them properly.  It is completely fine for a home or business owner to inspect the equipment being used.  For air machines, new filters should be visible for each job.  Contractors who arrive to a job with dirty filters are already risking cross contamination by just introducing that machine into the home even before turning it on.  All equipment should be clean and free from dirt or soot, while fans and dehumidifiers should also be pushing out the appropriate amount of air.  When fans are nearing the end of their life cycle, they’ll tend to make a lot of noise, push out a minimal amount of air and drain your electric.  You can always get a hint of the caliber of contractor you’ve hired from the type of equipment being used and how well it’s maintained.  If they can’t maintain their own equipment, how could they do a good job in your home?

Ignoring the importance of regular maintenance to your gutters and roof could eventually lead to several thousand dollars worth of interior damage.  This damage could result in mold growth, and structural issues within the home.  As seen in the pictures below, a clogged gutter, (filled with just leaves), resulted in severe interior water damage and mold growth, while also compromising the sheathing.  The drywall and insulation needed to be removed, the sheathing had to be treated and the interior was structurally dried, all because of poor maintenance.  Remember, the coming of summer doesn’t just mean a change of weather.  It also is a reminder of several household maintenance items that should be addressed. 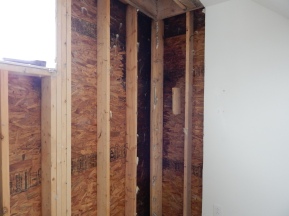